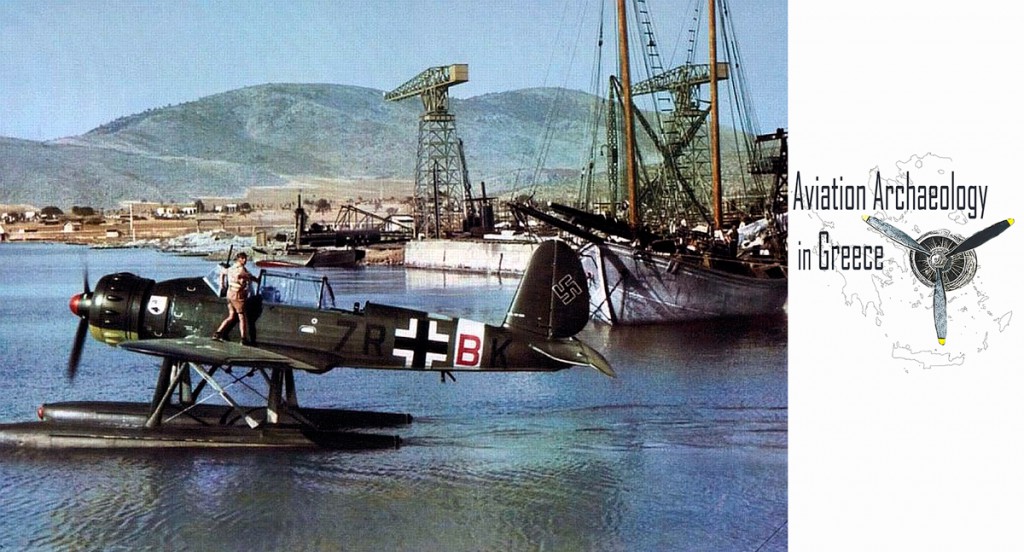 An Arado Ar 196 at the port of Piraeus (Skaramangas), Greece 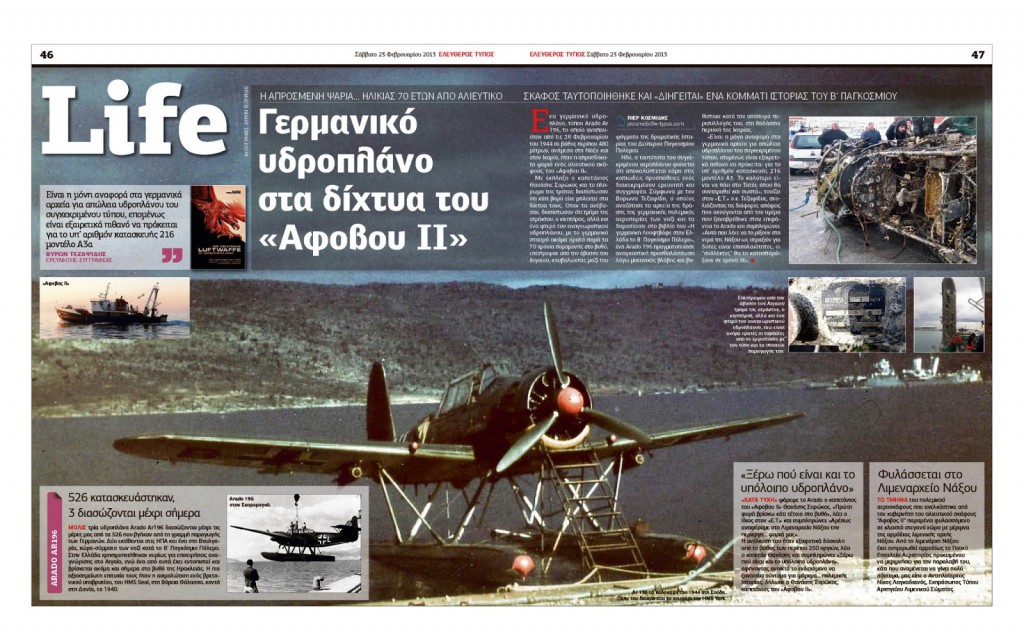 A German Arado Ar 196 seaplane, which was lost on February 28, 1944, at a depth of about 480 meters between Naxos and Ikaria islands in the Aegean Sea, Greece, was the unexpected catch of a fishing boat, the “Fearless II”.

The cockpit, instruments and pilot’s seat

Surprisingly, Thanasis Sorokos the captain of the trawler found that something heavy was entangled in their nets.

When raised, they found that part of the fuselage, the engine and a wing of the seaplane, with the German cross still visible, returned from the abyss of the Aegean, carrying nuggets of the dramatic history of the Second World War as it unfolded in Greece. 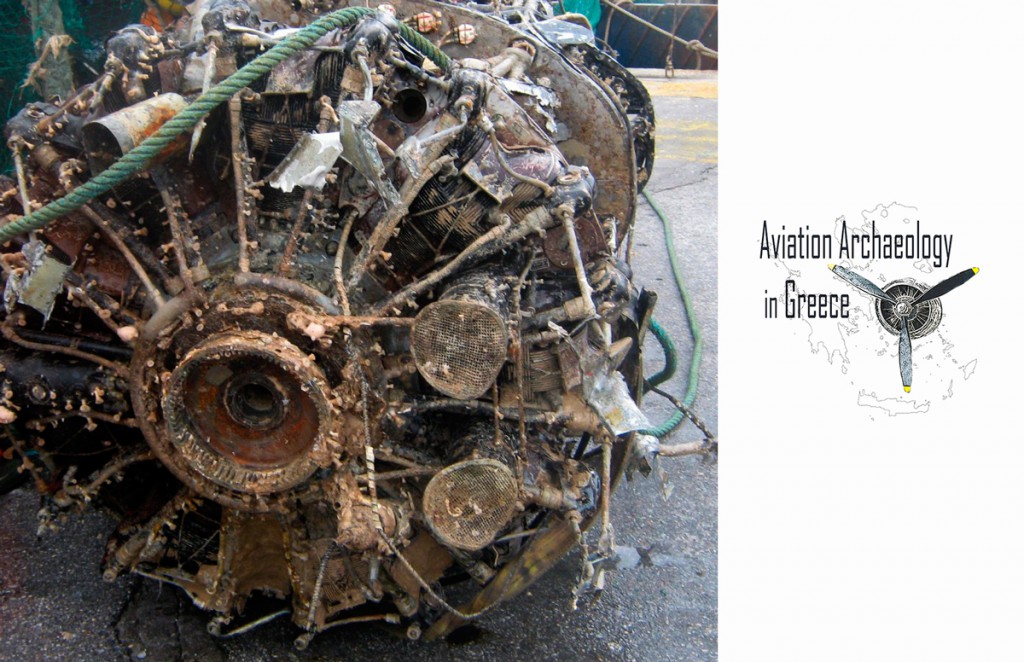 The engine of the aircraft, still leaking oil, after 70+ years at sea

The identity of the airplane was confirmed thanks to the strenuous efforts of a distinguished researcher and writer. According to Byron Tesapsides, who published his book “The German Luftwaffe in Greece in World War II”, an Arado 196 made ​​an emergency water landing due to mechanical damage and later sank close to the island of Ikaria. 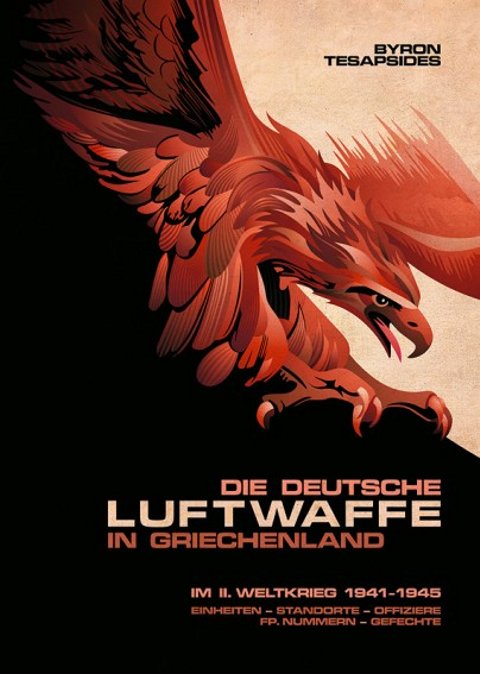 The German Luftwaffe in Greece in World War II

Just three Arado Ar 196 are preserved until today from the 526 that came off the production line.

Two are exhibited in the US and one in Bulgaria, an ally of the nazis during the Second World War.

In Greece Arados were mainly used for reconnaissance and convoy cover in the Aegean. The most notable success was the capture of a British submarine, the HMS Seal, in the North Sea near Denmark in 1940.

The Arado Ar 196 is currently waiting patiently for its restoration at the Hellenic Air Force Museum, Tatoi, Athens