National markings
From 1933 to 1935, Germany did not officially possess an air force, but the nazification of the civilian airfleet was evident by a replica of the Nazi flag painted on both sides of aircraft fins. This consisted of a bright red band with a white circle in which there was a black Hakenkreuz (swastika), very often standing on one point to emphasize an impression of dynamism and movement. In early 1936, a series of changes came into force. These included the application of the Balkenkreuz (national cross), a Greek cross with four arms of equal length. 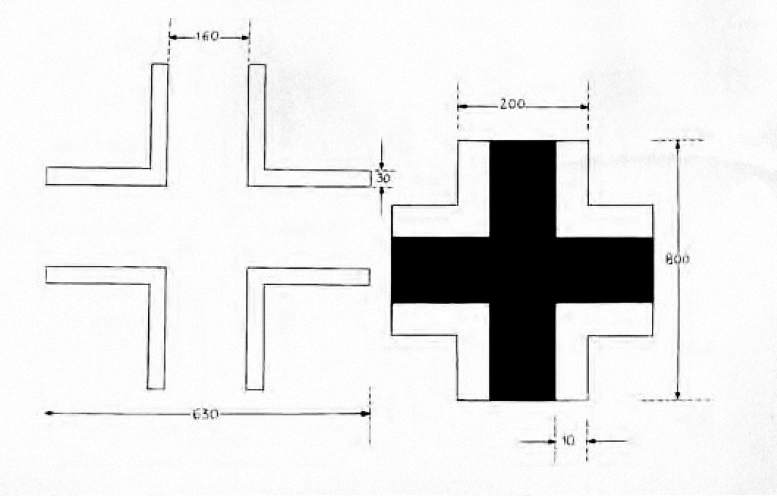 This was black with white outline similar to that used on German tanks. The Balkenkreuz was placed on both sides of an aircraft’s fuselage at midpoint between the wing and tail units. It was also painted on the wings, both on upper and undersurface. This emphasized the importance of identifying friend and foe in a campaign where close cooperation between ground-attack aircraft and dive bombers and the assaulting armored forces was a fundamental feature of the Blitzkrieg.
The aircraft of the German Legion Condor that took part in the Spanish Civil War were repainted, as Germany was not officially at war against the Spanish Republic. Instead of Balkenkreuz and Hakenkreuz, they carried a white Andrea’s cross in a black circle on both sides of the fuselage, while fins and rudders had a black Andrea’s cross on a white background. The conspicuous red/white/black swastika painted on fins and rudders was discarded and replaced in late 1938 by a simple black swastika, often with a thin white outline. In the case of ambulance airplanes, the black and white Balkenkreuz was replaced by a red cross on a circular white background.
Later in the war, there were several variations on the Balkenkreuz theme. For camouflage purposes, the cross was often merely outlined in white or black with the center left in the basic color.  [ Aircraft of the Luftwaffe, 1935–1945 An Illustrated Guide JEAN-DENIS G.G. LEPAGE] 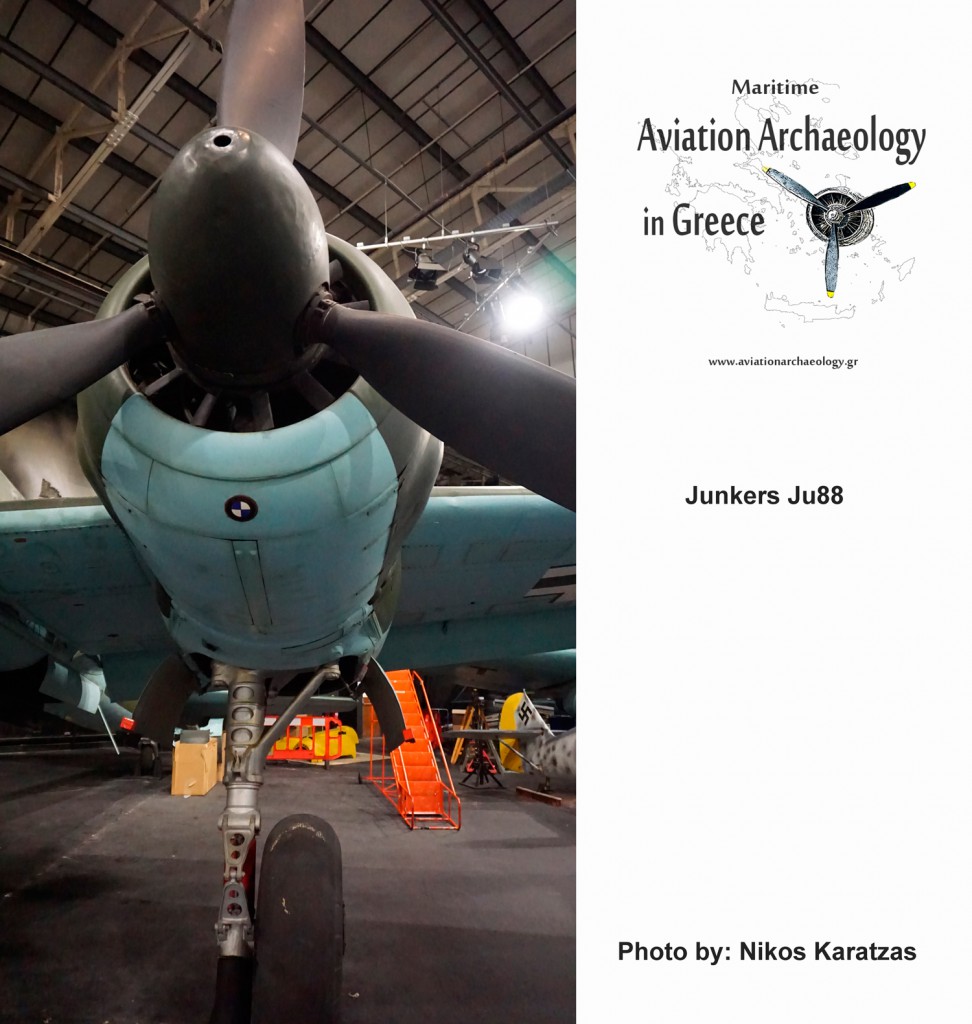 June 2016, during diving research the UFR team found aircraft wreckage. Probably belong to a German bomber Ju88. The team consisted of Vassilis Mentogiannis, Anastasis Agathos, George Karelas.  This research is to evaluate the archaeological potential of locating and surveying planes and shipwrecks in Strymonic bay.

The research for the identification of the aircraft is in progress … 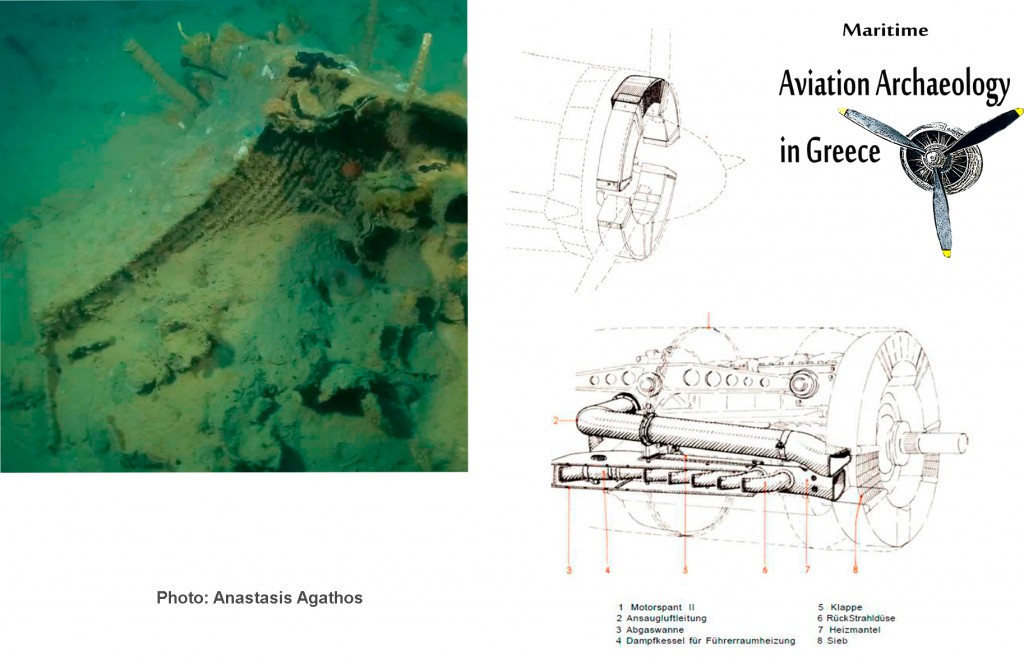